Reiki Teacher and Keynote Speaker
Co-founder, Int’l House of Reiki and Shibumi Int’l Reiki Assoc.
Co-author, The Reiki Sourcebook, and The Japanese Art of Reiki and Your Reiki Treatment 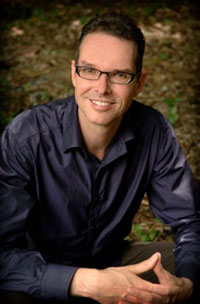 Frans has been a major influence on global research into the system of Reiki since the early 2000s. His practical understanding of the Japanese influences on the system have allowed students around the world to connect deeply with this practise.

Students naturally respond to Frans’ warmth and intelligence. His own personal spiritual Reiki practise is a model that many students wish to emulate and offers great encouragement to those on the same path.

Frans is a co-founder of the International House of Reiki and the Shibumi International Reiki Association. He is also the co-author of the critically acclaimed books The Reiki Sourcebook, The Japanese Art of Reiki, A-Z of Reiki Pocketbook, Reiki Techniques Card Deck and Your Reiki Treatment.

Originally from Holland, Frans is now based in Australia and since 1998 has trained in a variety of countries such as Japan, Nepal, Italy, UK and Australia. His teachers include Hyakuten Inamoto, Doi Hiroshi and Chris Marsh. Frans’ research has included interviewing Yamaguchi Chiyoko (now deceased) and other Japanese teachers including Dr Matsuoka.

Although Frans is trained as a Gendai Reiki Ho Shihan (teacher) and a Komyo Reiki Shihan (teacher) he prefers to teach a traditional form of Japanese Reiki that he feels reflects a desire to bring the teachings back to their very source, Usui Reiki Ryoho (Usui Spiritual Energy Healing Method). The contents of what Frans teaches is formed by what has been practised in Japan since the early 1900s, long before the system of Reiki left Japan, and the researched influences on the system (see the five elements of the system of Reiki for more information). This particular method includes physical and energy enhancing exercises to help practitioners delve deeper into their Reiki practice. The earlier teachings consider the system not just to be a hands-on-healing practice but one that also focuses on a student’s spiritual path.

Frans and Bronwen’s open, informal style of teaching has been an inspiration for students and clients throughout the USA, Europe, Asia and Australia. Their aim is to provide students with the most comprehensive and up to date information about the system of Reiki as well as a strong energetic connection to Reiki’s founder, Usui Mikao.

Frans is a senior teacher for the International House of Reiki. Apart form teaching all three levels of the system of Reiki and specialised classes, he offers limited one-on-one training sessions for students and one hour Reiki treatments in both Australia and on his teaching tours.
WWW.IHREIKI.COM 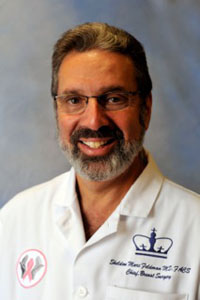 Dr. Feldman, is a Brooklyn born New York City native. He received his medical degree from New York University Medical School and was awarded membership to Alpha Omega Alpha honor society.  He then completed his residency training in surgery at New York University Medical Center-Bellevue Hospital, and fulfilled a fellowship in peripheral vascular surgery at Beth Israel Medical Center, Newark, NJ. He is a board certified surgeon and Fellow of the American College of Surgeons. He was in private practice of General and Vascular surgery from 1981-2000 where he established Hudson Valley Surgical Associates in Kingston, New York. He and his family partnered with Benedictine Hospital to establish The Fern Feldman Anolick Breast Center in 1994 where he served as medical director. His career path and humanistic approach to patient care was motivated by the tragic loss of his sister Fern to breast cancer at age 37. He was recruited as Chief of Breast Surgery to Beth Israel Medical Center in NYC in September 2000. He was appointed Professor of Clinical Surgery at Albert Einstein College of Medicine. He joined the faculty of NYP/CUMC in July 2008 as Chief of Breast Surgery  and he was appointed to the Vivian L. Milstein Endowed Chair of Breast Cancer Surgery with academic rank of Associate Clinical Professor.

He is an active member of SSO(Society of Surgical Oncology), ASCO(American Society of Clinical Oncology), ASBD(American Society of Breast Disease) and is chairperson of the publication committee for ASBS(American Society of Breast Surgeons) and has been asked to join the ASBS Board of Trustees. He is a member of the editorial board for The Breast Journal, the Annals of Surgical Oncology and invited reviewer for the journal Cancer and  American Journal of Surgery. He has lectured and published extensively on minimally invasive breast surgery, mammary ductoscopy, endoscopic/oncoplastic surgery, sentinel node biopsy, BSGI(breast specific gamma imaging)environmental factors and breast cancer, compassion in medicine, physician-patient communication and holistic surgical practice. Dr. Feldman has become a leader in the innovation and utilization of new surgical techniques and diagnostic tools, and  is the principal investigator for both single-site and multi-centered research protocols that aim to advance the prevention, diagnosis and treatment of breast cancer.
WWW.BREASTMD.ORG 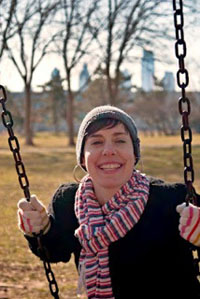 A traditional Usui Shiki Ryoho Reiki Master, Kim has been practicing Reiki since 1996, when she stumbled upon it as Penn anthropology undergrad during a year abroad in Israel.  Kim founded The Reiki School + Clinic in 1999 to create Reiki community and provide the public with credible access to the practice.  Thirteen years later, The Reiki School is a staple of the Philadelphia healing arts community, with a satellite office in New Jersey and outreach in hospitals, community organizations and corporations.  Kim combines her seventeen years of professional and personal Reiki practice with a masters in education to provide programming and practitioners for places like Penn Medicine’s Abramson Cancer Center, Penn’s Wissahickon Hospice and Thomas Jefferson University Hospital.  A dynamic, creative, playful, inclusive, engaging and grounded instructor, Kim’s warmth and passion for Reiki practice shine through in her work. Kim is  dedicated to creating a credible community of practitioners that support one another and support Reiki’s place as a part of Integrative healthcare.
WWW.THEREIKISCHOOL.COM 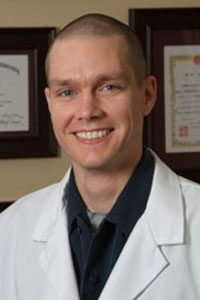 Founder of The Reiki Preservation Society. The Reiki Preservation Society’s mission is to preserve the form and teachings of Reiki by Hawayo K. Takata for future generations to learn.  He is Nationally Board Certified in Oriental Medicine through the National Certification Commission for Acupuncture and Oriental Medicine (NCCAOM) and is a certified Acupuncturist by the Kentucky Board of Medical Licensure. He started studying Acupuncture and Chinese Medicine in 1999. Robert has earned two master degrees, a Master of Science in Oriental Medicine (2003) from Southwest Acupuncture College and a Master of Library and Information Science from the University of South Carolina (1999).

Robert began his Reiki training in 1996 at the age of 21. He has become internationally known in the Reiki community as a Reiki historian. His Reiki travels have taken him all over the United States, Canada, and to Europe. Every week he holds a Reiki share for his students where they can share experiences and practice Reiki on each other.

Robert enjoys making people laugh while sticking them with needles. His sense of humor is appreciated by many of his patients. His upcoming book on Reiki, “The Laughing Reiki Master” will be available for purchase later this year.
WWW.ROBERTFUESTON.COM 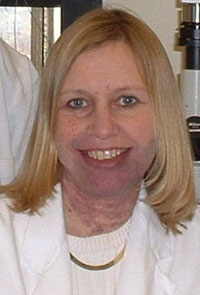 With a Ph.D. in cell biology from Columbia University, Dr. Gloria Gronowicz has combined her interest in energy medicine with cell biology. She is a full professor at the University of Connecticut Health Center, and teaches graduate, medical and dental students.  The goal of her laboratory is to understand the effect of a particular human biofield therapy, Therapeutic Touch (TT), on the growth and differentiation of cells, and on tumor growth and metastasis. Previous published work in her laboratory funded by NCCAM demonstrated that TT increased the proliferation and bone forming abilities of normal human bone cells in vitro (1), and increased cell growth in cells derived from human skin, bone and tendon (2) compared to untreated control and placebo control (sham practitioner) groups. In contrast, TT decreased the differentiation of cancer cells by inhibiting the ability of osteosarcoma cells to form bone in vitro as demonstrated by a significant decrease in mineralization and gene expression of bone matrix proteins (1).  A basic level of skill of the TT was quantified, and demonstrated observable and replicable outcomes (3).    Presently she is funded to study the effect of the human biofield on a breast cancer model in mice. In addition, her laboratory is involved in tissue engineering and the study of otosclerosis. Dr. Gronowicz has published more than 90 peer-reviewed papers and numerous book chapters and articles.
1.  Jhaveri, A., S. Walsh, Y. Wang, and G.A. Gronowicz, 2008. Therapeutic Touch affects DNA synthesis and mineralization of human osteoblasts in culture. J Orthop Res. 26:1541-1546.
2. Gronowicz, G., A. Jhaveri, L.W. Clarke, M.S. Aronow, T.H. Smith, 2008. Therapeutic Touch stimulates the proliferation of human cells in culture. J Alternative Complementary Med 14(3):233-239..
3. Monzillo, E and G. Gronowicz, 2011. New Insights on Therapeutic Touch: a discussion of experimental methodology and design that resulted in significant effects on normal human cells and osteosarcoma. Explore 7(1):44-51. 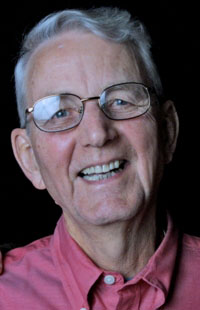 Bill Stevens is a Christian Brother who taught in their schools for 25 years before working for 10 years in three different hospitals as a Chaplain. This led him to work with the HIV/AIDS community for the next 12 years during which time he created a non-profit organization called Chrysalis Ministry to reach out to those affected by this epidemic. He learned Reiki at this time which started him on his 20 year journey with Reiki. He presently is a Reiki Master and has taught Reiki for the past ten years and studied with seven Reiki Masters. He presently works with the VNA Hospice in Central Jersey as a Reiki practitioner and was recognized by the NJHPCO in 2010 as Hospice Reiki Practitioner of the Year.

Bill also studied with Kathleen Prasad, a nationally known Animal Reiki Master, and completed a 6 month internship with her. He is currently a Reiki teacher and practitioner for the Shelter Animal Reiki Association which was founded to bring Reiki to animal shelters across the country.
WWW.EVOLUTIONARYREIKI.COM